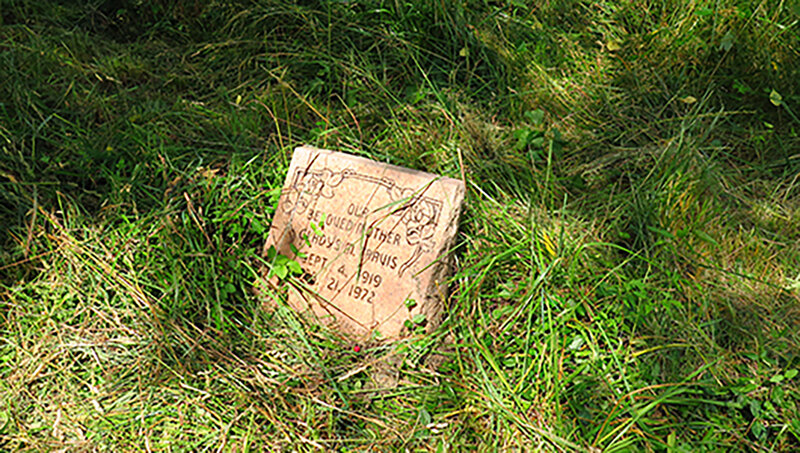 This past September I attended Antigone in Ferguson, a dramatic reading of Sophocles’ Antigonestaged at Normandy High School in St. Louis County. Produced by the NYC-based theater group Outside the Wire, it brought the classical story of justice, loyalty, and redemption to a community that has been grappling with such questions — most publically in the aftermath of Michael Brown’s death in June 2014. Michael Brown was shot by a police officer a mere eight days after graduating from Normandy High School. His body, not unlike Antigone’s brother’s, was left in the harsh sunlight for hours. As audience members reacted to the stunning production with tears, praise, and probing questions, I couldn’t help but wonder in which auditorium seat Brown had last sat, how he had clapped, what had moved him. For an afternoon, that space became a living memorial.

What brought me to St. Louis was another site of memory just one mile away from that auditorium, in Hillsdale. Established in 1874 as the first non-denominational African-American commercial cemetery in the St. Louis area, Greenwood Cemetery is a unique cultural landscape and at the core of my research as a National Olmsted Scholar. Its 32 rolling acres house 6,000 marked graves, and up to 50,000 burials, including Dred Scott’s widow, Harriet Robinson Scott, and other notable figures. As one of the region’s late-period rural cemeteries, Greenwood speaks to both the typological and civic traditions of the picturesque cemetery; most poignantly, it embodies the right to be remembered for those who had to fight for that right. Although I haven’t yet been able to trace Greenwood’s original designer, the plan appears to reference Paris’ iconic Père Lachaise Cemetery, which inspired the notion of the American rural cemetery as a democratic space. Indeed, the people buried at Greenwood represent the full socioeconomic spectrum of the African American community, from artists to veterans, from civil rights leaders to school teachers. Greenwood historian and advocate Etta Daniels is fond of saying that the site embodies an entire historical narrative of black St. Louis.

That history is too often unspoken. A vibrant community space through the Jim Crow era, upon de Juro desegregation Greenwood saw a sharp decline in use, after which divestment and rising poverty engulfed both it and the surrounding community. Today, Greenwood appears as an expanse of green surrounded by rows of modest homes, punctuated by vacant lots and boarded-up windows. Hillsdale is 96% African-American, a demographic typical of some of St. Louis’ northern suburbs. Its estimated median household income is less than half of Missouri’s median income. Ferguson, the birth of #BlackLivesMatter, lies a mere five miles away. It’s within this context that 32 acres of a vital place of African-American memory have been practically erased from the map.

Today a non-profit citizens’ group, the Greenwood Cemetery Preservation Association, is advocating for its clearing and restoration. My goal is to continue working with Association President Raphael Morris, Etta Daniels, Shelley Staples Morris, and other members to reimagine Greenwood as a vibrant, layered public space — one that blurs the distinction between cemetery, park, and museum. Last summer, I laid the groundwork for this long-term project by investigating and documenting the site’s cultural and ecological performance, learning from and getting to know Association members and other stakeholders to understand their desires for the site, and identifying ways in which I can lend my support and expertise. As someone who, unlike many Association members, does not have direct emotional and generational ties to the site, I see my role as an advocate above all. 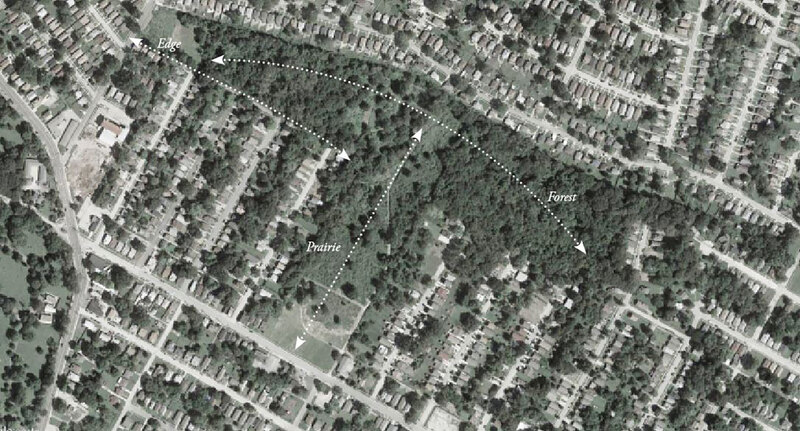 No amount of prior research could have prepared me for the spatial power of Greenwood. In the heavy St. Louis summer, the site was bursting with life. The canopy in the northern elevated portion (what I call the Forest) enveloped rudimentary paths in birdsong. Along the central axis (the Field), many hours of volunteer work had carved clear sightlines across a shallow valley. Many of the site’s urban borders (the Edge) were characterized by fencing or neglect as residents turn their back on the site. And almost everywhere, gravestones appeared in various states of reveal. Throughout this range of spatial typologies, decades of neglect enabled unusually high species diversity. 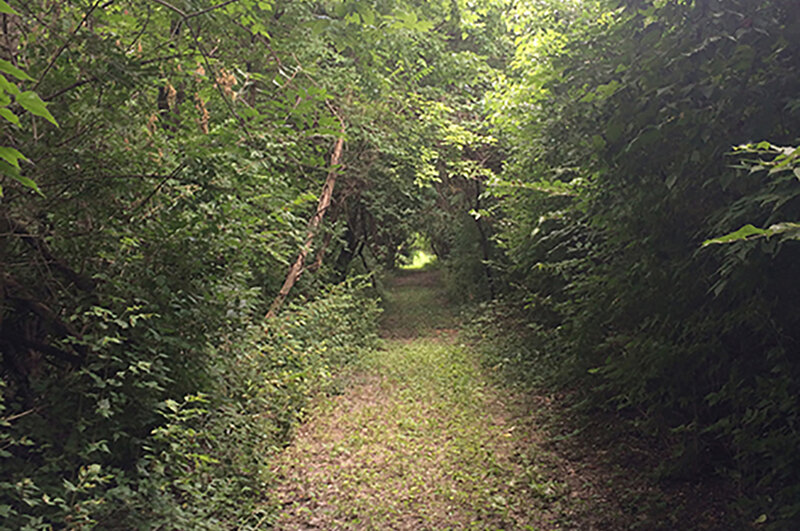 The site — and the possibility of its revival — prompts questions about the narrative and political agency of place and the role of design on sensitive, sacred ground. A site of cultural memory has essentially been erased by its very material. But where we see biomass, we too often forget design. The state of Greenwood today is just as much a product of carefully designed systems — in this case, racial segregation and discrimination, as well as local and national political decisions — as were Olmsted’s parks. Yet while the tangled mass of vegetation does naturalize the structural violence embodied in the site, it is also a living testimony. Greenwood’s many histories are both covered and spoken by the landscape. So, how can design introduce new social life into a space with so much life and history already rooted into its soil? How might the site be reinterpreted as a hybrid public landscape? To what extent can landscape, as both medium and tradition, help render visible Greenwood’s many legacies?

These are the questions I continue to ask in this work. The next step is to work with Raphael and the Association to design a multi-phase implementation plan for the future of Greenwood. Ultimately, we want to leverage the site’s layered cultural, ecological, and historical legacies into a resource for the immediate community, the metropolitan region, and beyond. The opportunity for this project to spark that feedback cycle — whether by engaging Normandy High School, addressing conditions of vacancy in Hillsdale, or creating employment opportunities — is both exciting and very daunting. Fundraising is also core to the project, with the goal of establishing a perpetual care fund to secure Greenwood’s future. And this may well be a pivotal moment, as awareness of the cultural and political significance of neglected African-American cemeteries is growing near and far. The future of Greenwood Cemetery is about a landscape, but it’s fundamentally a matter of cultural heritage and racial justice — what is past and what is yet to come.

Azzurra Cox received a Master of Landscape Architecture from the Harvard Graduate School of Design. She is currently working at GGN in Seattle. Azzurra first learned of Greenwood Cemetery thanks to Seth Freed Wessler, who reported and wrote a powerful piece on the site in the aftermath of Ferguson.