The Landscape Architecture Foundation is pleased to announce the winner and finalists for its 2012 Olmsted Scholars Program, the premier leadership recognition program for landscape architecture students.

Jack Ohly, a graduate student at the University of Pennsylvania, was selected as the 2012 National Olmsted Scholar and recipient of the $25,000 award. Jack will receive a Master's of Landscape Architecture and Regional Planning degree in May and plans to use the award to build on his previous work in agroforestry and community development in Northeastern Brazil to develop a set of regionally appropriate models for more ecologically and culturally vibrant public space.

Also honored are four National Olmsted Scholar Finalists, who each receive a $1,000 award.

An independent jury of leaders in the landscape architecture profession selected the winner and finalists from a group of 46 graduate and undergraduate students who were nominated by their faculty for being exceptional student leaders. These top students earned the designation of 2012 LAF Olmsted Scholars and join the growing community of 175 past and present Olmsted Scholars. See all past finalists and winners here. 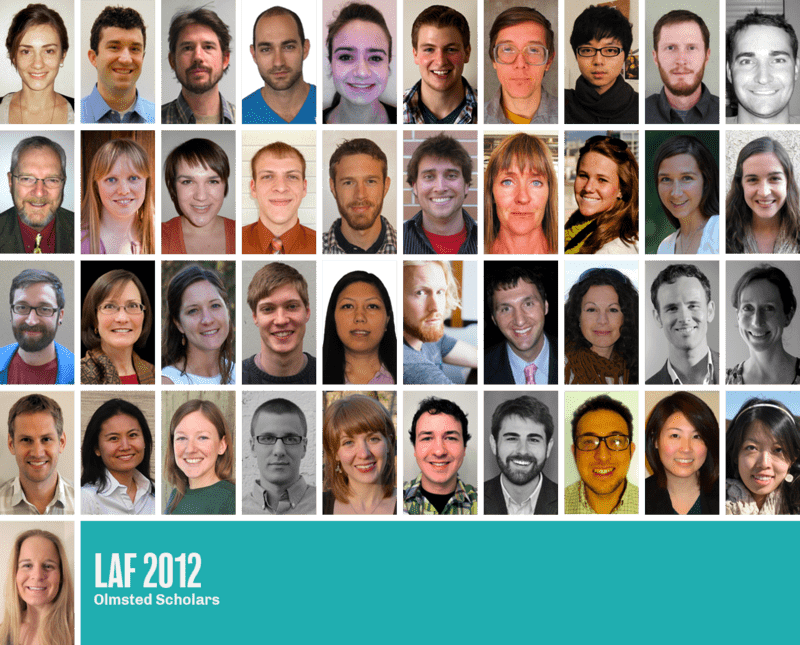