LAF Innovation + Leadership Symposium and Awards Dinner – Join us June 2 in DC or tune in! 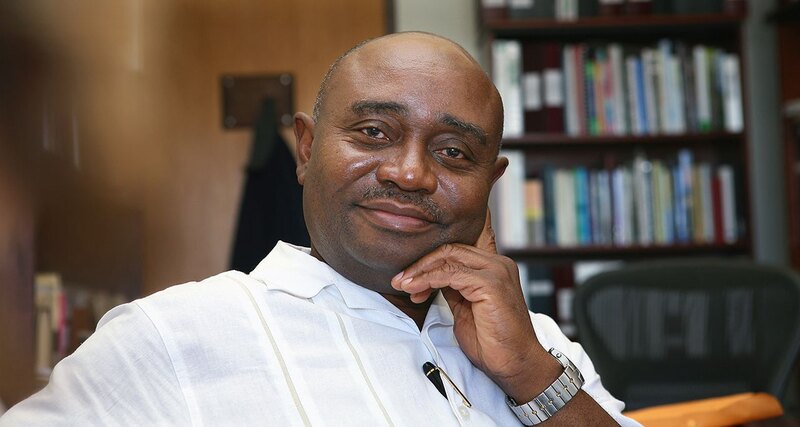 LAF was deeply saddened by the passing of Dr. Forster Ndubisi on March 4 after a lengthy illness. Forster was a long-time thought leader and friend of the Landscape Architecture Foundation (LAF). He served on the LAF Board of Directors from 1998 to 2001 and again from 2009 to 2016. He was deeply committed to LAF, our mission, and the discipline of landscape architecture.

Forster was a Professor and former head of the Department of Landscape Architecture and Urban Planning at Texas A&M University, where he worked from July 2004 until his retirement in January 2022. A pioneer in ecological design, Forster was an exceptional leader, administrator, and professor whose career was marked by service to the landscape architecture discipline.

Forster’s expertise and network contributed greatly to LAF’s success. For his second term as an LAF board member, he served as Vice President of Research, providing strategic guidance as we conceptualized and launched our Landscape Performance Series and long-term research focus in this area. Forster helped to provide a theoretical and methodological foundation for this work and connected LAF with many of the landscape architecture scholars and students with interest or expertise in this area – people who continue to provide thought leadership and engage others in landscape performance work.

“Forster helped to shape LAF’s research focus during a period that was a step change for the foundation,” said LAF CEO Barbara Deutsch, FASLA. From our performance-focused case studies and Case Study Investigation (CSI) program to the many other resources available on LandscapePerformance.org, his fingerprint and legacy continue to have wide-reaching impacts. LAF would not be the organization that it is to day were it not for Forster.”

Forster’s contagious and often mischievous smile and hearty laugh will also be greatly missed. He could light up the room. His joie de vivre and enthusiasm were palpable to everyone he met.

On March 18, at the 2022 Council of Educators in Landscape Architecture (CELA) Conference in Santa Ana Pueblo, New Mexico, CELA and LAF launched a new joint award for an individual who has provided exceptional service to both organizations to significantly advance the discipline of landscape architecture. The inaugural award was given to Forster posthumously, and his wife, June Martin, and daughter, Danielle Ndubisi, accepted the award on his behalf. Hereafter, the award will be known as the Forster Ndubisi Professional Service Award and will be awarded by the two organizations as deemed appropriate.

A Celebration of Life will be held for Forster on Saturday, April 2 at 11am at the Schob Nature Preserve in College Station, Texas. The is a virtual option for those who would like to watch the event, though note that this will not be interactive.

The Texas A&M Department of Landscape Architecture & Urban Planning has established the Forster Ndubisi Memorial Scholarship to honor his legacy there. Contributions to the scholarship can be made through the Texas A&M Foundation.

More about Forster’s life and legacy can be found at: